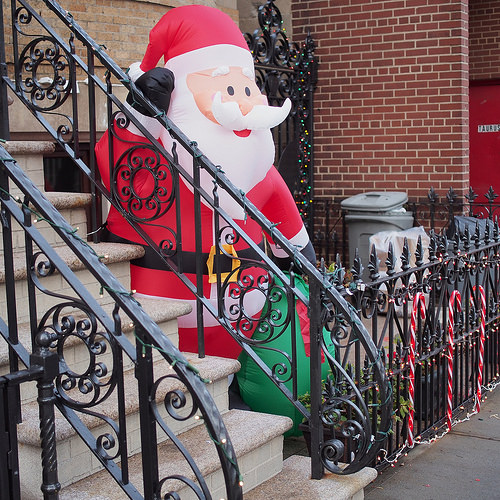 Now that the Macy’s Thanksgiving parade is over, Santa Claus has officially landed in New York City. As far as we’re concerned, our town is his base for the holiday season. How else can you explain why there’s more than one place where you can meet the great gift-giving, sleigh riding, cookie-chomping icon, whether you’ve […]

Macy’s Thanksgiving Parade: Tips on How to See It 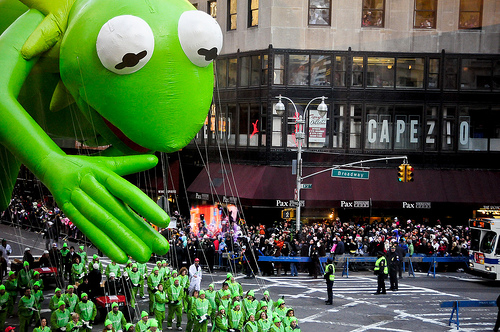 The annual spectacular will turn 92 this year! Here’s everything you need to know about the Macy’s Thanksgiving Parade and how to see it: WHO:  Macy’s does it again! They host this favorite annual NYC tradition and make it the most spectacular Thanksgiving parade in the world. The Parade is hosted by various NBC reporters who seem […]

5 Reasons to Go to The Amazing Holiday Train Show 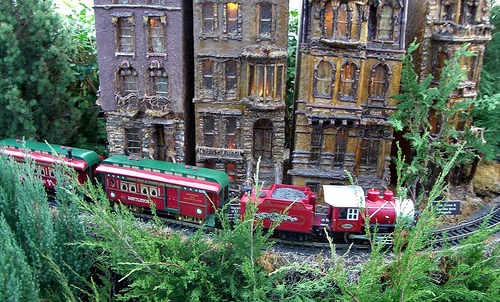 All aboard for the Holiday Train Show! Imagine miniature trains humming through a landscape of New York’s most iconic landmarks with their thousands of lights twinkling! And the most amazing thing is that everything (except the trains!) is made of twigs, bark and other natural materials. The Holiday Train Show is one of NYC’s favorite holiday […]

Your Perfect Fourth of July 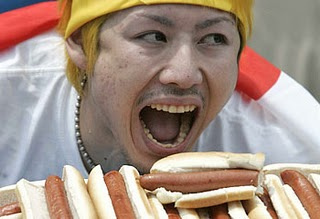 Are you looking to celebrate Independence Day the New York way? Here’s how to spend a perfect 4th of July. First things first, grab breakfast downstairs in the lounge. (Get the blueberry whole wheat pancakes. Don’t ask us why…just try it.) Take a trip to Coney Island When you’re properly stuffed, take the D or F […]

How to Stay Cool in Greenwich Village This Summer 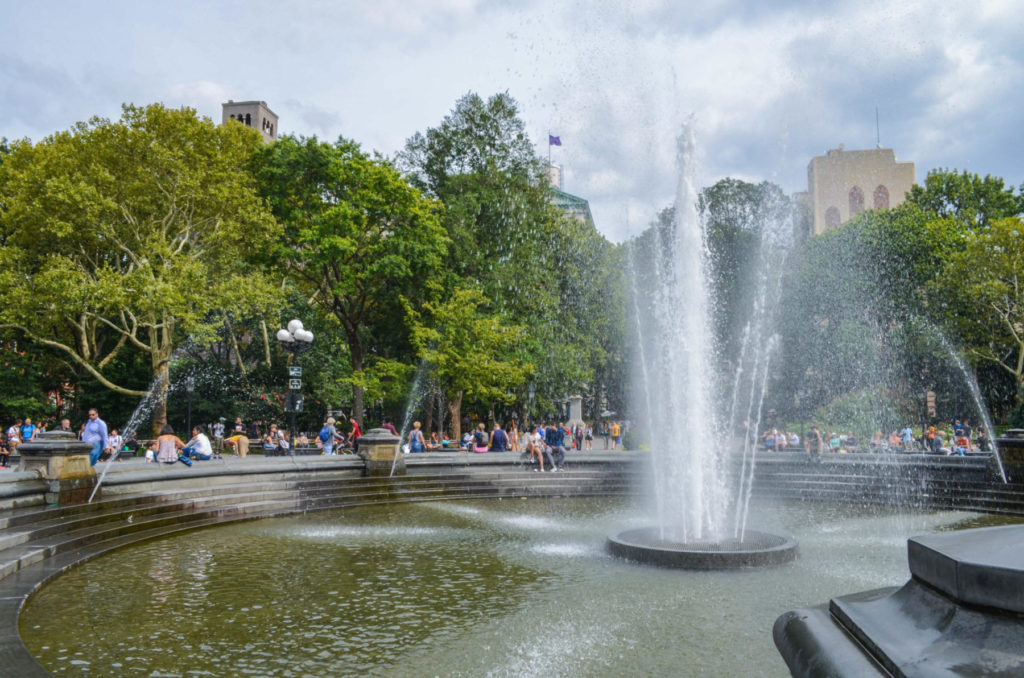 May is here and that means the mercury is starting to creep up. New York City’s summer heat is enough to make a top chef sweat, so where can you find refuge? In and around Greenwich Village. Here’s how to stay cool in Greenwich Village this summer. From sweet ice cream to refreshingly crisp rooftop cocktails, […]

Where to Find Fresh Produce in and Near Greenwich Village 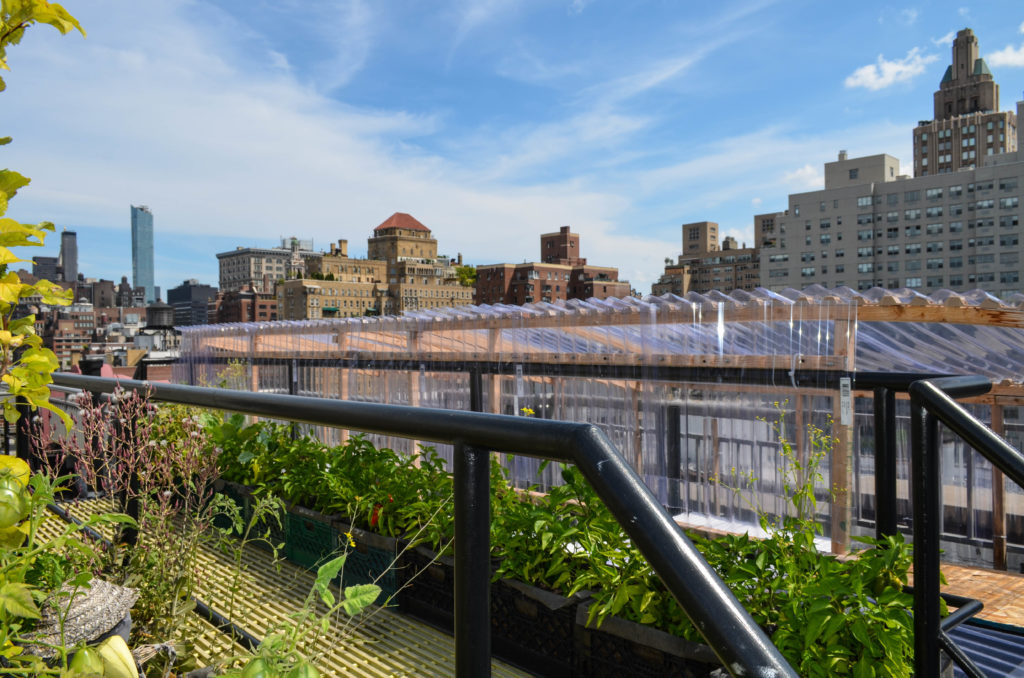 New Yorkers are more attuned to healthy eating than ever before. Just because we live in a concrete jungle, we still have access to an abundance of fresh produce in Greenwich Village. While soaking in the extra sunshine, we are finding ourselves craving fresh vegetables, herbs, and berries. Living in one of the world’s largest […]

Where To Lift a Pint On St. Patrick’s Day 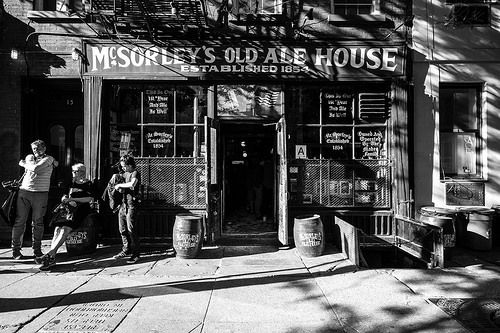 St. Patrick’s Day is just around the corner, and we don’t know a soul who doesn’t crave a Guinness or a bite or two of bangers and mash on March the 17th. Lucky for us, there are some authentic, decades-old Irish pubs right here that will bring you back to the old country. Here’s where […] 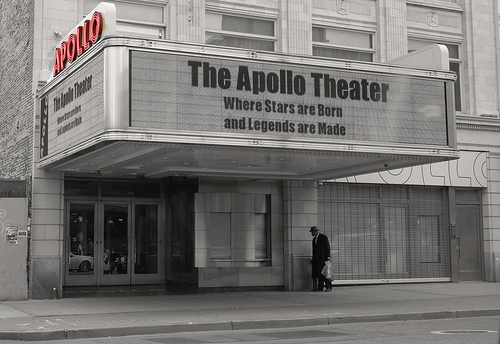 It’s Black History Month! What better way to celebrate it than to take a Taste Harlem tour Celebrate African-American culture by taking a Taste Harlem Food and Culture Tour. There are 3 walking tours that give visitors a feel of the rich history and present culture of one of our oldest and culturally rich neighborhoods […] 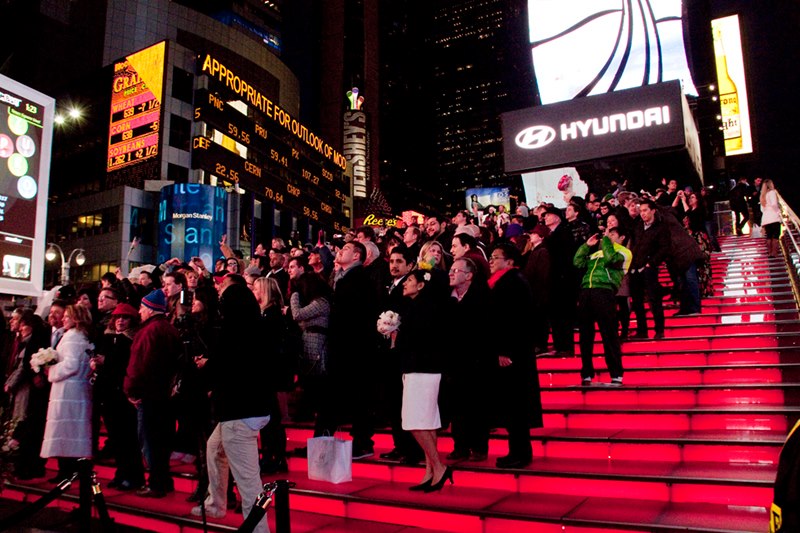 Want an unusual, way for you and your partner to say “I do” (again) on Valentine’s Day? Head over to Times Square at 6 p.m. on February 14th for a group vow renewal ceremony! If you have ever wanted to declare your love in front of thousands of people, this will be the place to do […] 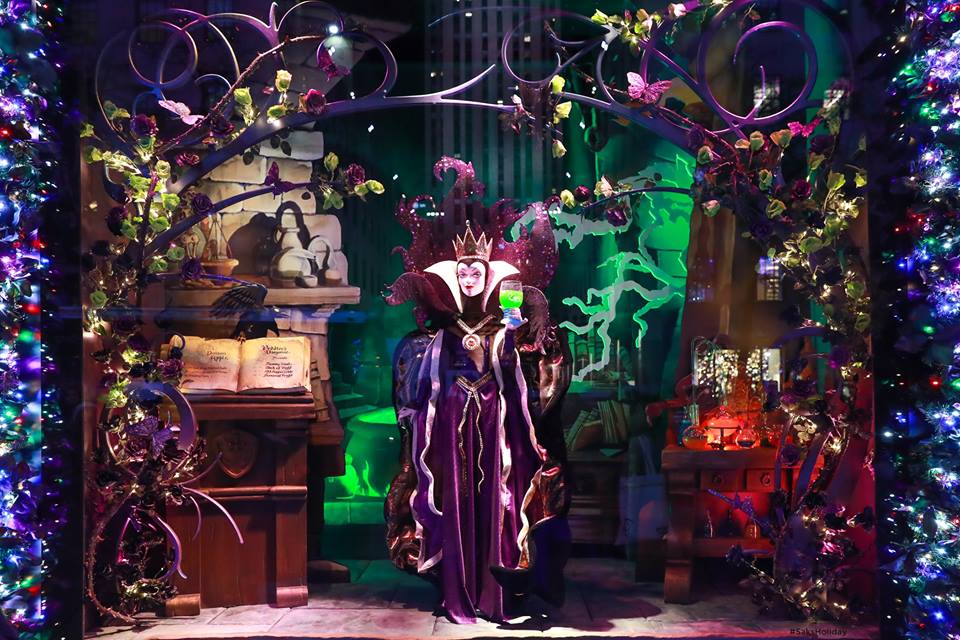 Time is running out to catch our iconic New York City holiday windows this year. Here’s a roundup of the best of the bunch: Macy’s is all about loving our fair city this year. Its theme? The Perfect Gift Brings People Together. There are mice on motorcycles, ice skating rinks, feline ballerinas, trains and a […] 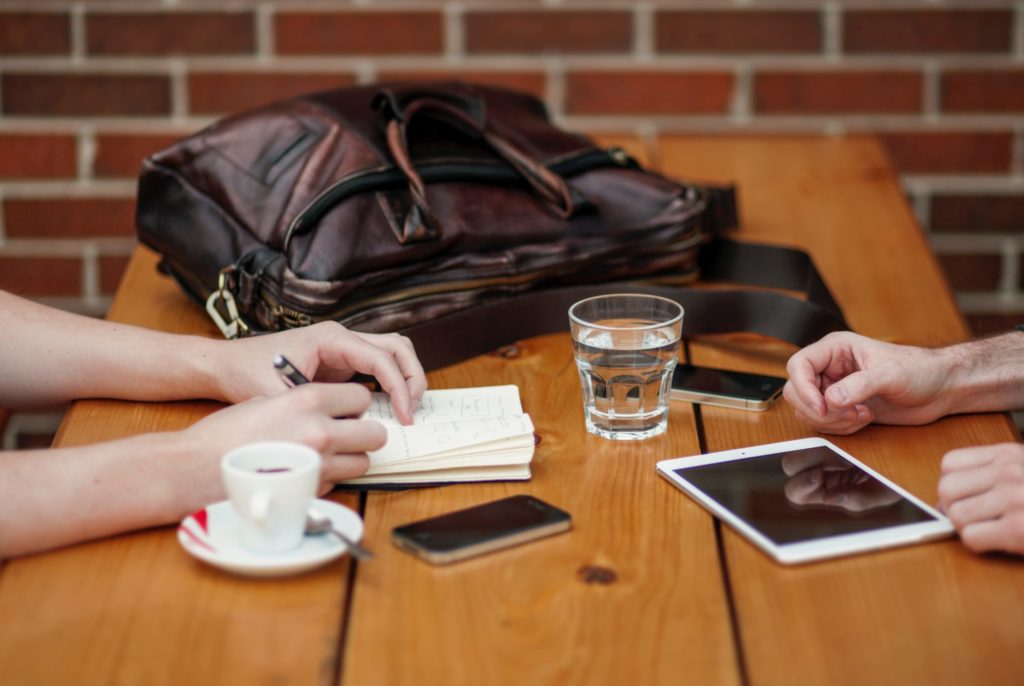 The hectic areas of New York City can be overwhelming for business travelers Doing business in NYC is already stressful, so why not take a break? We promise we’re not being biased when we say Greenwich Village is the perfect place to call home when you are on a business trip. To prove it, we’ve […] 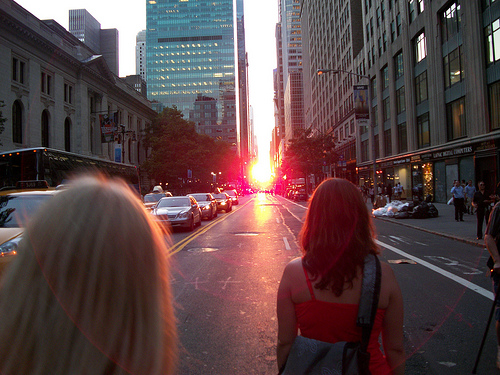 What exactly is Manhattanhenge? It’s a twice-yearly event during which the setting sun is aligned with the east-west streets of the main street grids in Manhattan. This perfectly-aligned event creates a solar display precisely framed by concrete buildings and steel skyscrapers. The view is rather spectacular! We New Yorkers love to celebrate unusual happenings and Manhattanhenge […] 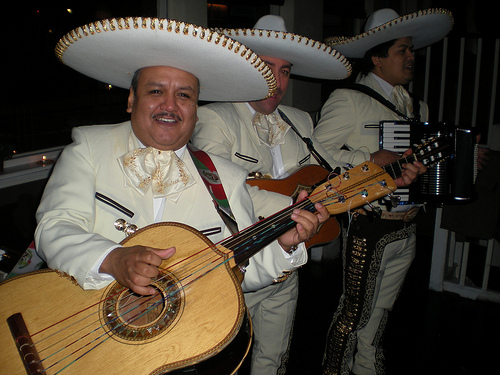 May 5th is Cinco de Mayo! We love our Mexican friends and want to celebrate the Mexican Army’s unlikely victory over French forces at the Battle of Puebla in 1862. That, and we love a good margarita. Here are a few cool things to do on Cinco de Mayo in NYC: Toloache is a renowned Mexican eatery […]

A Night At The Museum 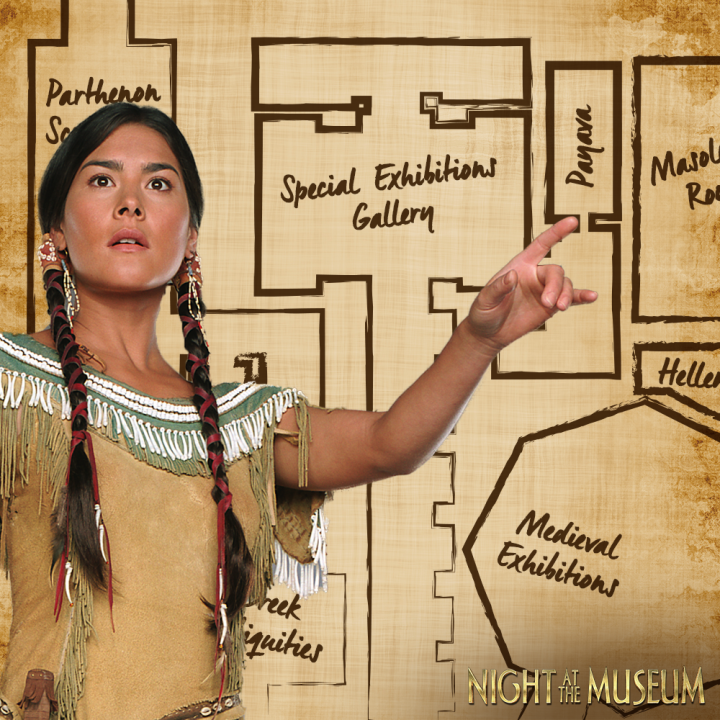 Remember that movie? In the 2006 film, Ben Stiller played a night watchman at our American Museum of Natural History who discovers that the exhibits, animated by a magical Egyptian artifact, come to life at night. We’re not so sure about the coming to life part, but wouldn’t it be cool to spend the night […] 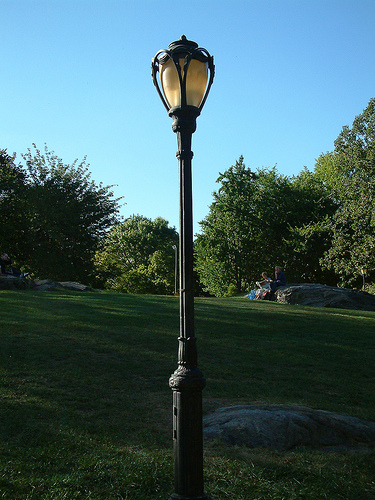 Maneuvering your way around Central Park can be tricky for visitors…and native New Yorkers too! I personally can only tell east from west solely by what side of Fifth Avenue I’m on. I needed a way to navigate Central Park like the local I am. The secret to navigating the Park So when I read about […] 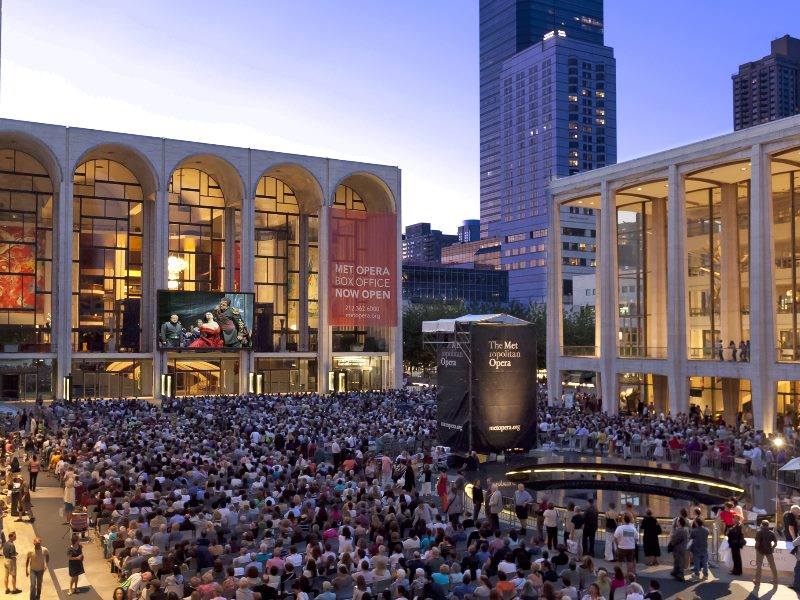 This series is the coolest thing for opera lovers …and probably even cooler for those that are interested in opera, but may not have the cash to plop down on tickets. Or even those who want to see what all the fuss is about. You can experience opera for nothing, courtesy of the Met, who […] 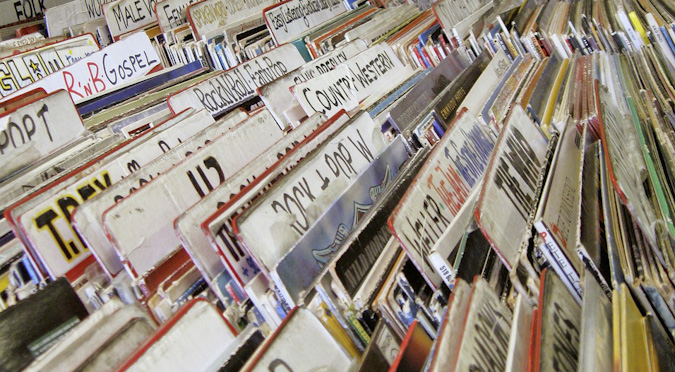 There was a brief time between the 1980s and early 2000s during which one might have argued, “Record stores are dying.” Lucky for people who appreciate the experience of listening to an album, new or old, on vinyl, record stores still exist! Here are 5 record stores in lower Manhattan where vinyl still reigns supreme. […] 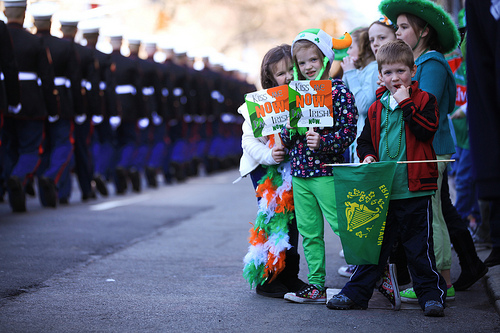 As they say: “Everyone is Irish on St. Patrick’s Day.” One of New York City’s most beloved celebrations is the St. Patrick’s Day parade. Drums and marching bands gather from all around the US to perform in the annual festivities. The first procession was on March 17, 1762 — a full 14 years before the signing of […] 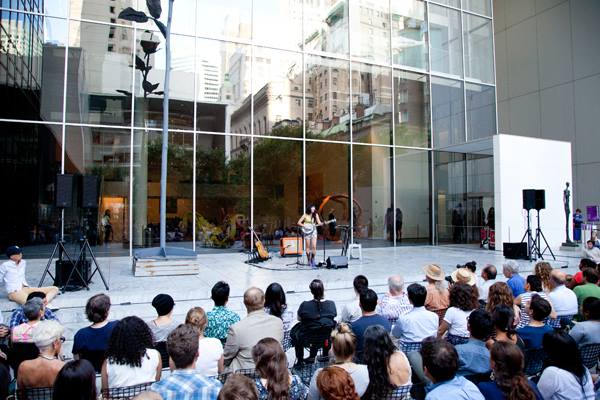 We love MoMA and apparently, they love us right back because they’re presenting new music in the Sculpture Garden throughout the summer. The Summergarden series will feature jazz and classical performers from the Juilliard School and Jazz at Lincoln Center, and the program is described as “adventurous contemporary music”–most pieces will be original. Shows begin […] 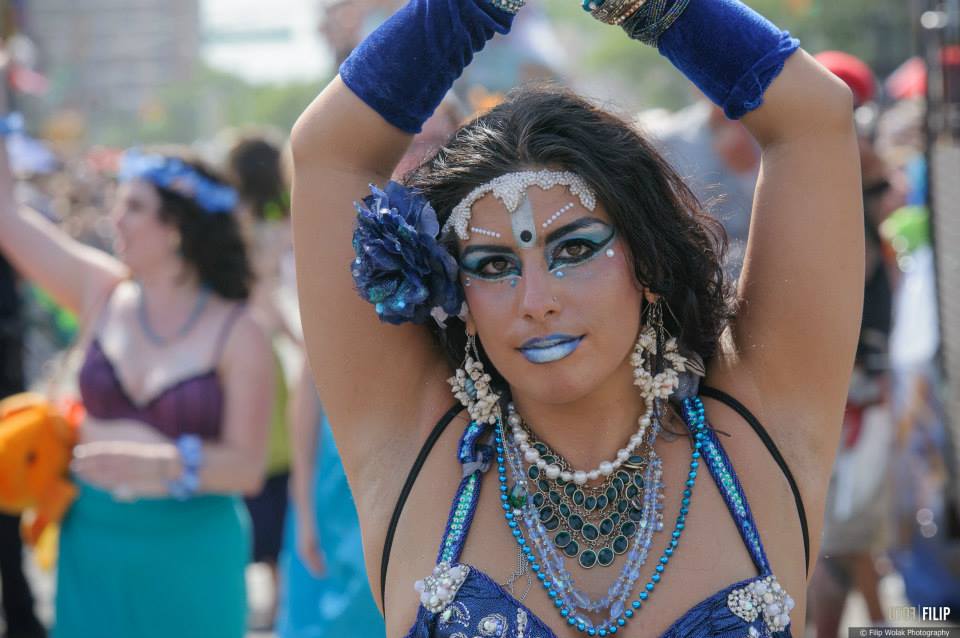 Helloooo Summer! We know it’s officially our favorite season because the Coney Island Mermaid Parade takes place next Saturday, June 20th, at 1 pm. This beloved Brooklyn tradition began in 1983, and enthusiasm for the event has grown exponentially through the years. The cool thing about this procession? It’s not celebrating any one person, ethnicity […]

Time To Make Plans For Summerstage! 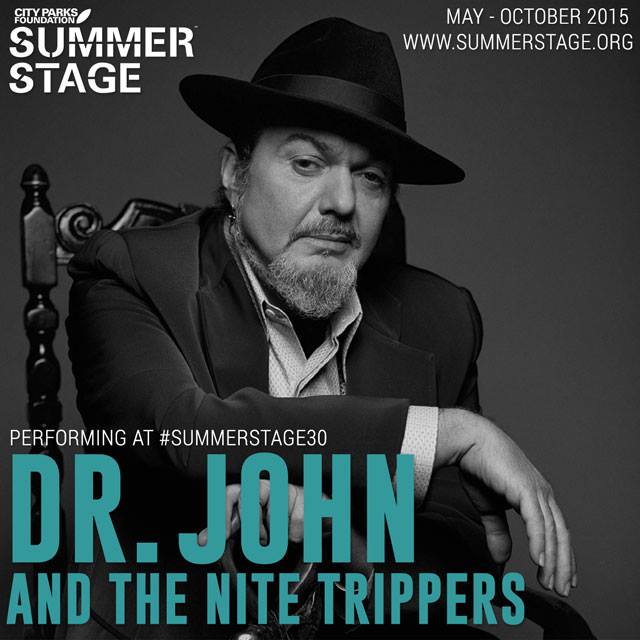 The Central Park Summerstage lineup has just been announced! This year–the festival’s 30th–you can expect over 300 performers to grace the stage. Here are a few that I’m personally looking forward to: On June 6th from 2 to 7 pm, check out the Blue Note Jazz Festival with Meshell Ndegeocello, trumpeter Roy Hargrove and singer, […]