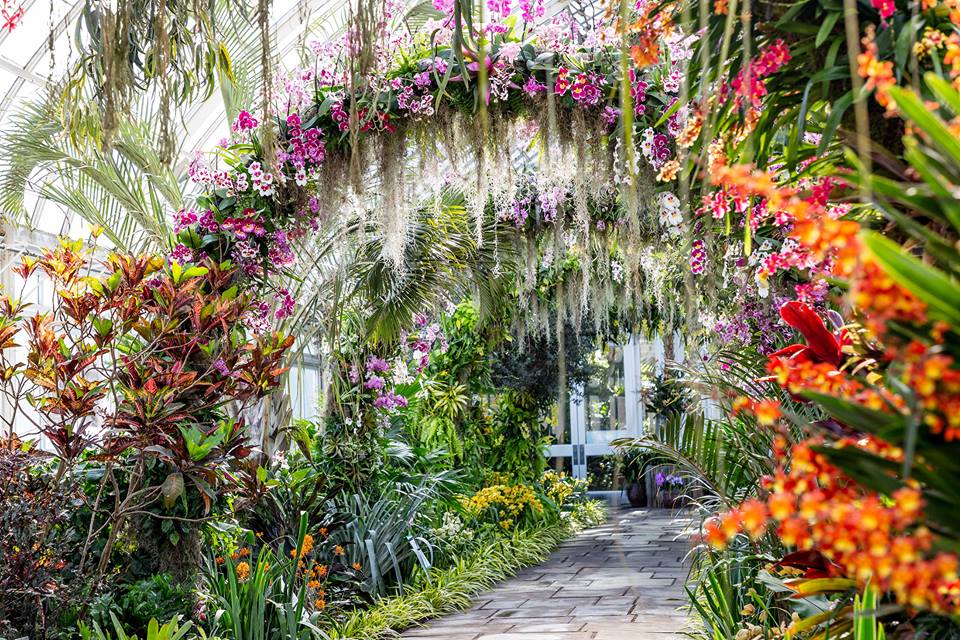 We really think that we're so crazy about the annual Orchid Show at the New York Botanical Gardens in the Bronx because, to us, it's a harbinger of spring. (A season that is coming to every town near you on March 20th, people. Get ready!)

But, you know what? We'd love to visit these beauties any time of the year.

This year, the show pays tribute to Singapore, the "City in a Garden," and one of the most incredible orchid cultures in the world. The NYBG's show highlights the city's famed supertrees (vertical structures) and arches in their Gardens by the Bay. Visitors will be surrounded by 7,000 orchids, including a new hybrid named after the American actress Awkwafina, who movie fans will recognize for her hilarious turn as the heroine's best friend Peik in the film Crazy Rich Asians? (Haven't seen it? You must!)

Those 21 and over can head to the NYBG for their Orchid Evenings and experience the beauty and excitement of Singapore nightlife. Supertrees come alive with lights all around you, as you sip on a signature drink (Singapore Sling, anyone?) and nosh on yum bites from the Bronx Night Market Pop-Up.

Tickets are $28 for adults on weekends and $23 during the week. Less for seniors, students and little ones. The show will run through April 28th, so you have plenty of time to catch it!