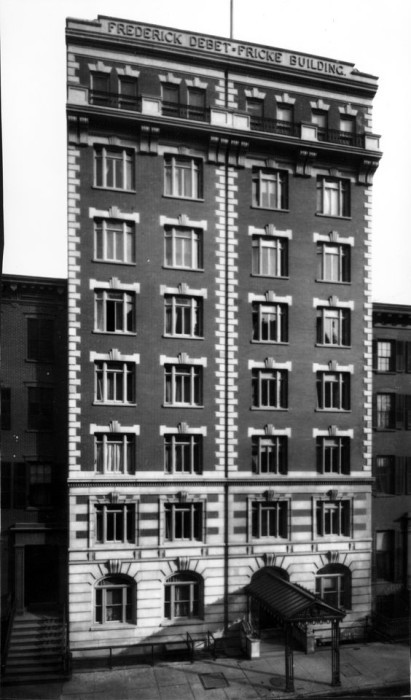 5 Greenwich Village Icons that Have Stood the Test of Time

Few businesses last more than 100 years. But these 5 Greenwich Village Icons have stood the test of time. See why.

The Washington Square Hotel, formerly The Hotel Earle, has been around for quite some time now – 115 years to be exact. And in those 115 years, our Greenwich Village hotel has seen a lot of other businesses come and go around our charming neighborhood. Only 4% of businesses last more than 10 years, so like we said, we’ve stood the test of time.

The 5 businesses on this list, however, have also managed to stand the test of time and have been around for over 100 years. Make sure if you’re visiting in and around Greenwich Village, New York City, you stop by one of these classic gems (and as always, you’re more than welcome to stop by our hotel!).

C.O. Bigelow isn’t just the oldest surviving pharmacy in Greenwich Village, it’s the oldest surviving pharmacy in the country. Their store located at 414 6th Avenue is the original, founded in 1838. C.O. Bigelow offers natural remedies, and bath & body products—from soaps, facial cleansers and moisturizers, lip balms, perfumes, shampoos, conditioners, and more. One of their more popular lines is their brand name Mentha Body. If you’re planning a stay at our hotel, you’ll find a bit of history stocked in your room with their timeless products.

New York University was established on April 18, 1831, as the University of the City of New York. Its first president was Albert Gallatin. The school’s first classes were held in Clinton Hall located in Lower Manhattan in 1832. It wasn’t until 1833 that the University of the City of New York moved to Greenwich Village. In 1896, the school was officially renamed New York University, which it was so fondly referred to since its inception. NYU has gained quite the reputation in its almost 200 years of existence. The school has attracted an impressive faculty and has produced impressive alumni (Pulitzer Prize winners and literary geniuses like Thomas Wolfe). The school’s appreciation for the arts goes hand and hand with Greenwich Village’s long history as a musical and literary fount of inspiration.

The Cooper Union was founded in 1859 by the man who built America’s first steam railroad engine, Peter Cooper. Copper’s unique vision was to create a tuition-free school that was open to both men and women. The school remained tuition-free until a financial crisis in 2011, however, students protested and reached an agreement with the school that it would work to return to the tuition-free policy Cooper had originally intended for the school as soon as financially feasible.

McSorley’s Old Ale House takes the title of “the oldest Irish pub in New York City” and it’s been right here by Greenwich Village since 1854 (give or take a few years based on public records). Having been around that long this bar boasts many famous patrons from Abraham Lincoln, Teddy Roosevelt, Woody Guthrie (Bob Dylan’s inspiration), to John Lennon, and E.E. Cummings who wrote a poem about the bar titled ‘i was sitting in mcsorley’s’. McSorley’s has kept the same golden rule throughout its long existence, “Be Good or Be Gone.”

Moscot Eyewear was founded in 1915 by Hyman Moscot and is the 13th oldest eyewear company in the world. The store’s original location was at 94 Rivington Street, and with large drawings of eyes in the windows is said to be the inspiration for the Doctor T.J. Eckleburg Billboard in F. Scott Fitzgerald’s famous novel ‘The Great Gatsby’. The shop was moved to its current location in 1935, 10 years after Moscot’s 15-year-old son took over the business. Moscot’s is now run by the fifth generation of Moscot’s and they’ve managed to keep this, once small, local business a popular and timelessly cool brand. Celebrities like Andy Warhol, Truman Capote, Sarah Jessica Parker and husband Matthew Broderick (former Greenwich Village residents), James Franco, Jeff Goldblum, Paul Rudd, Susan Sarandon, and more are regular patrons and loyal to the brand. This Village business has proven to be as timeless as its frames. 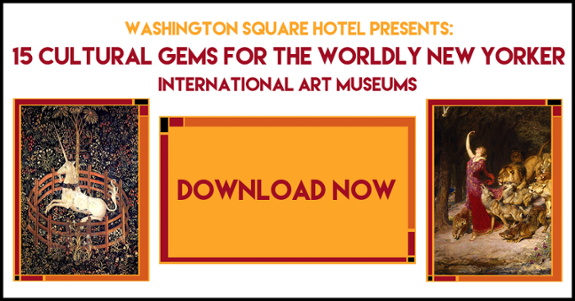