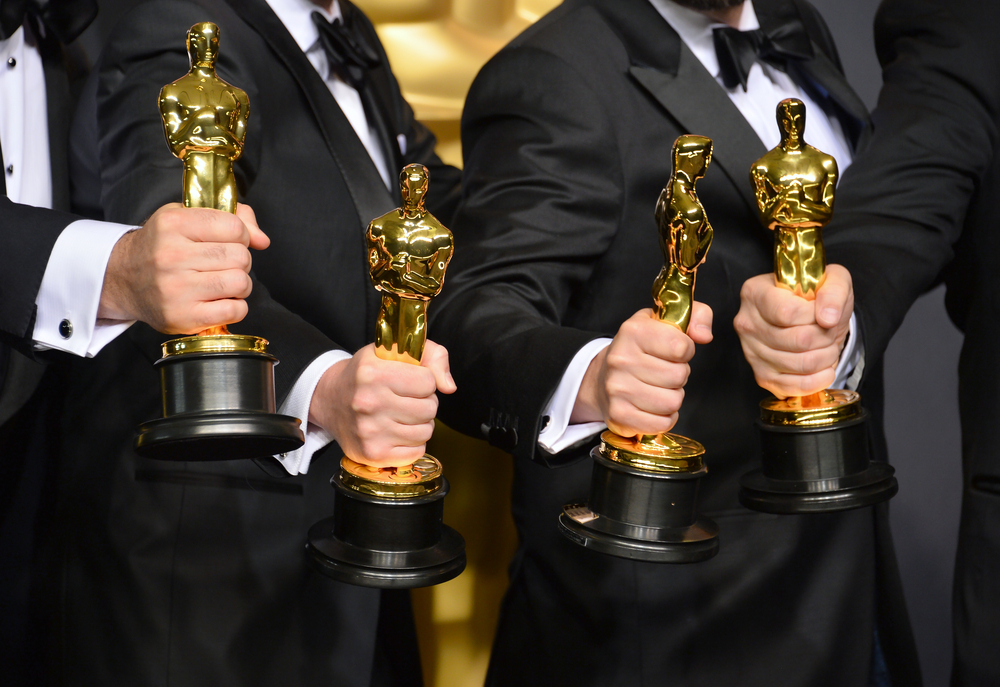 Sunday February 24 marks the 91st annual Oscars, and they’ve come a long way in nearly a century’s time! How did they first come to be, and how have they evolved over the years? Let’s take a look at the history of the Oscars.

The first Oscars were held on May 16, 1929, by the Academy of Motion Picture Arts and Sciences. The awards honored films released since the organization’s creation in 1927. Hosted by the legendary Douglas Fairbanks, the ceremony was held at the Roosevelt Hotel—a building itself steeped in Hollywood tradition. 12 awards were given that night, but the presentations lasted only about 15 minutes.

You may have heard that the first Academy Award for Best Picture was given to the 1927 film Wings. What you may not know is that there were actually two different Best Picture categories that first year. Wings won the Outstanding Picture award, while the film Sunrise won in the category of Best Unique and Artistic Picture.

The two awards were meant to be equal, encompassing two different types of filmmaking achievements. By the second Academy Awards ceremony, however, Best Unique and Artistic Picture was dropped, and Outstanding Picture was declared the top honor. The award was later renamed Outstanding Production, and then Best Motion Picture, before being shortened to Best Picture in 1962.

How did the Academy Awards come to be called the Oscars? There are varying accounts. Some say Bette Davis named the award after her first husband, Harmon Oscar Nelson. Others say it came from Margaret Herrick, Executive Director of the Academy, who mused that the statuette reminded her of her Uncle Oscar.

What we do know is that the name was in use as early as 1932, when Walt Disney referred to the award as an Oscar in his acceptance speech. By 1934, the nickname was being used in the press, and in 1939, the Academy officially adopted Oscar as the name of the award.

Since 2002, the Oscars have been held at the Dolby Theatre in Hollywood; right across the street from the awards’ first home, the Roosevelt. That first year, over 200 people attended the ceremony. Last year, the nominees alone totaled 200. The Dolby seats around 3,400 and the Oscars always packs it full.

While the first ceremony was only 15 minutes, today’s awards are a performance extravaganza, usually lasting over 3 hours. One of the biggest television events of the year, it’s broadcast to 225 countries around the world.

So, what can we expect from the Oscars in 2019 and beyond? New categories and regulations have helped the awards evolve with the times, and an influx of new Academy members has helped them in their pledge to increase diversity by doubling the number of women and minority members by 2020. Where things go from here is hard to say, but whatever happens, it’s certain the Oscars will continue as a fixture in the film world for many years to come.

Check out the lineup for the 2019 Oscar awards.