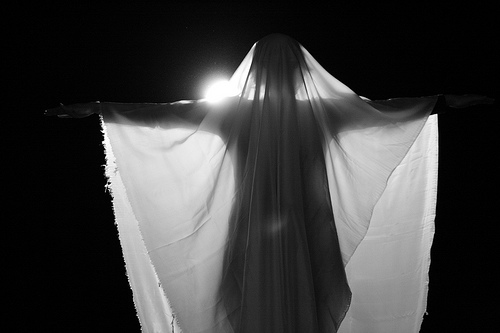 When you think of our lovely Greenwich Village, you might reflect on its rich history of Bohemia, its strong ties to peaceful political demonstrations and folk music and its famously eclectic and avant-garde residents. You could say nobody wants to leave Haunted Greenwich Village.

But what if some of those residents never really left?

Some claim that the Village is one of the city's most haunted neighborhoods.

Have you seen The Hanging Tree, located at the northwest corner?

This lovely English Elm is almost 350 years old, and legend has it that some unfortunate souls met their untimely ends dangling from its limbs.

You can see The Hanging Tree and more on a guided, two-hour walking ghost tour. The guides are knowledgeable and really into the folklore surrounding many of the buildings in the Village.

Here are some of the haunted places in and around the Park:

The guides will fill your minds (and maybe spook the bejesus out of you) with stories of Haunted Greenwich Village, past residents, and with a little luck, maybe you will meet them yourself!

The tours start at 8 p.m. at the Waverly Restaurant on 6th Avenue and cost $35. Head here for more info and to get tickets.

This website uses cookies to improve your experience while you navigate through the website. Out of these cookies, the cookies that are categorized as necessary are stored on your browser as they are essential for the working of basic functionalities of the website. We also use third-party cookies that help us analyze and understand how you use this website. These cookies will be stored in your browser only with your consent. You also have the option to opt-out of these cookies. But opting out of some of these cookies may have an effect on your browsing experience.
Necessary Always Enabled
Necessary cookies are absolutely essential for the website to function properly. This category only includes cookies that ensures basic functionalities and security features of the website. These cookies do not store any personal information.
Non-necessary
Any cookies that may not be particularly necessary for the website to function and is used specifically to collect user personal data via analytics, ads, other embedded contents are termed as non-necessary cookies. It is mandatory to procure user consent prior to running these cookies on your website.
SAVE & ACCEPT