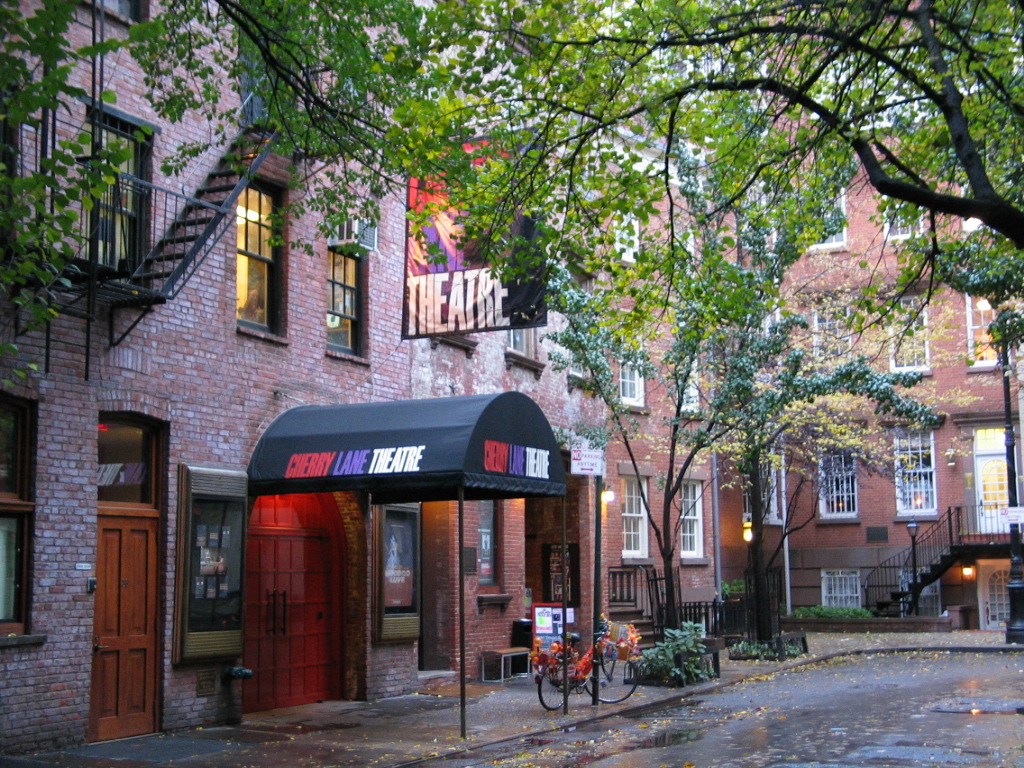 Some of the best off-Broadway theaters in New York City are found in Greenwich Village. The Village has long been a haven for artists, writers, and musicians and many of these theaters helped to shape American literature and drama as we know it today. These history-filled off-Broadway theaters have seen many world-class performances. Many great classic actors, actresses, and playwrights got their start in Village theaters or came back to The Village for inspiration. If you’re looking for a new show a little outside the typical mainstream shows, try one of these off-Broadway theaters for a unique experience.

Having opened in 1924, Cherry Lane Theatre takes the spot as New York City’s oldest continuously run off-Broadway theater. It may also hold the title for having hosted plays by some of the most famous, creative and off-beat names from the 1920s through 1960s. A few of these names include F. Scott Fitzgerald, John Dos Passos, Eugene O’Neill, Gertrude Stein, Samuel Beckett, Pablo Picasso, T. S. Eliot, Tennessee Williams and Edward Albee. If those names weren’t enough, long-time Greenwich Village resident and Pulitzer Prize-winning poet, Edna St. Vincent Millay with friends from the Provincetown Players was the one who renovated the original building, which was a tobacco warehouse, into what they dubbed the Cherry Lane Playhouse. The theater’s willingness to put on experimental and avant-garde plays since its beginning shows just how much it is aligned with the unique creativity rooted in Greenwich Village.

Having opened in its current location in 1918, Provincetown Playhouse is the oldest theater on our list. It was opened by the Provincetown Players, who had put on successful performances in Provincetown, Massachusetts and were growing. Most of their members were living in Greenwich Village, making it the perfect location for the next playhouse. With names like Edna St. Vincent Millay, Edward Albee, Sam Shepherd, Bette Davis and especially Eugene O’Neill, the playhouse earned a reputation for putting on exceptional works in the drama genre. Unfortunately, in the early 2000s, NYU demolished a large part of the original structure to make room for law school offices. A small portion of the theater was preserved and is now part of NYU’s Steinhardt’s program. Today, you can find readings and performances put on by NYU students, classrooms, and guests. Though the original building was never granted landmark status, the theater was a huge part of the “Little Theater” movement that was taking place at the time of its opening and it supported the edgy talent and ideas that came out of Greenwich Village.

Though not technically in Greenwich Village, the SoHo Playhouse was an off-Broadway theater in which Greenwich Village resident, Edward Albee had a significant role. The playhouse originally opened in 1962 as the Village South Theatre and Albee directed the Playwrights’ Unit Workshop which allowed new playwrights whose work had never been tested a chance to premiere their works. The building itself has a long interesting history starting with George Washington but was transformed into a theater in the 1920s. The Village South Theatre lasted until the 1970s when it shut down. SoHo Playhouse reopened in 1994 and today acts more as an off-Broadway receiving house where you can catch shows that are touring for a limited amount of time.

Gene Frankel founded the Gene Frankel Theatre in 1949.  An early pioneering director in off-Broadway theatre, Frankel helped launch the careers of many actors such as James Earl Jones, Maya Angelou, Walter Matthau and Anne Bancroft. The theater, especially under Frankel was also a place of learning. Frankel won multiple Obie awards while working at the theater, a big win for off-Broadway theaters in general. Today, Gene’s assistant, Gail Thacker, is the manager and artistic director. You’ll find contemporary plays with civil rights and progressive thinking at their core in Frankel’s theater, and you’ll hopefully find yourself leaving having felt a positive change.

The Lucille Lortel Theatre building has been around since 1926. It originally opened as the New Hudson movie theater before becoming a playhouse. In the 1950s it became the Theatre de Lys, where the record-setting ‘The Threepenny Opera’ ran. In 1981, Louis Schweitzer renamed the theater after his wife, actress and producer Lucille Lortel, as an anniversary gift. Though the name of the theater had a couple of changes, the original 1926 interior remains pretty much the same. The theater is now owned by the Lucille Lortel Foundation, whose mission is, “to faithfully preserve the rich history and support the continued prosperity of Off-Broadway.” The theater has established itself as a Greenwich Village must-visit with its history, refurbished interior, and track record of successful off-Broadway plays.

The Public Theater was founded in 1954 as The Shakespeare Workshop by Joseph Papp, the theatrical producer and director who also founded Central Park’s beloved Free Shakespeare in the Park. The Public’s current headquarters debuted in 1967 and its first production was the musical ‘Hair’. The Public started as a place of inclusion and focused on showcasing playwrights who were up-and-coming. The theater has had no shortage of notable productions having put on David Byrne’s ‘Here Lies Love’ and most recently Lin-Manuel Miranda’s ‘Hamilton’. If you’re planning an outing to The Public Theater you can likely expect great performers, a great production, and stories that take on all the complexities of our modern society. If you find yourself in Greenwich Village, find your way to one of these off-Broadway theaters for a taste of history and drama you won’t quite find on the big stage. Photo Credit: 'Cherry Lane Theatre, Greenwich Village' by GK tramrunner229 under CC BY-SA 3.0 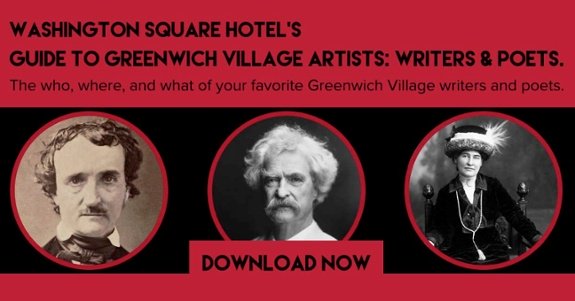