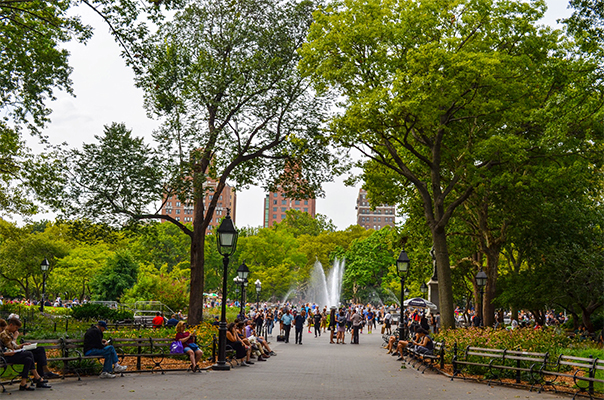 Springtime in Greenwich Village is a time of vibrant colors, outdoor cafes, budding trees, and blossoming flowers. It’s an idyllic neighborhood for artistic inspiration. In the spring, the Village is glorious, and it’s no surprise many of America’s iconic artists have used Greenwich Village as a muse for their work.

Artists have been drawing inspiration from its culture, community and awing the world with their incredible work.

Art historians, such as Irving Sandler, Greenwich Village resident and author of Abstract Expressionism: An American Triumph (among other notable works), documented the rise of their careers and the different art forms they used.

Painters who were inspired by the Village

Mr. Sandler, who recently passed away, lived in the area for decades and personally knew many of the subjects of his books.

The Village also offered him the ability to foster relationships with many of the artists he wrote about. Greenwich Village was his gateway into the avant-garde works of the area.

Its proximity to dozens of world-class museums and art galleries gave him nearly unprecedented access to art movements that spanned decades.

Jackson Pollock, who did much of his best work in the 1940s and 1950s, and Andy Warhol, who worked well into the 1980s, might be the two most famous Greenwich artists.

Yet, many others also drew their inspiration from the neighborhood, such as Suze Rotolo, Edward Hopper, and Salvador Dali. Their work can be found at many of the museums in New York City such as the Whitney and the Museum of Modern Art.

Artists continue to make the pilgrimage to Greenwich Village

It will remain a singular place from which experimental art forms will continue to spring from the corresponding spirit of the community. They will continue to inspire the next generation to reach for the sublime.

If you would like to plan a walking tour of the favorite cafes, bars and hangouts of some of the Village’s most famous artists and illustrators, check out our comprehensive guide of Greenwich Village artists. 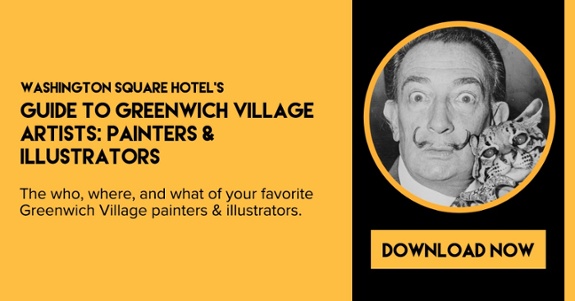