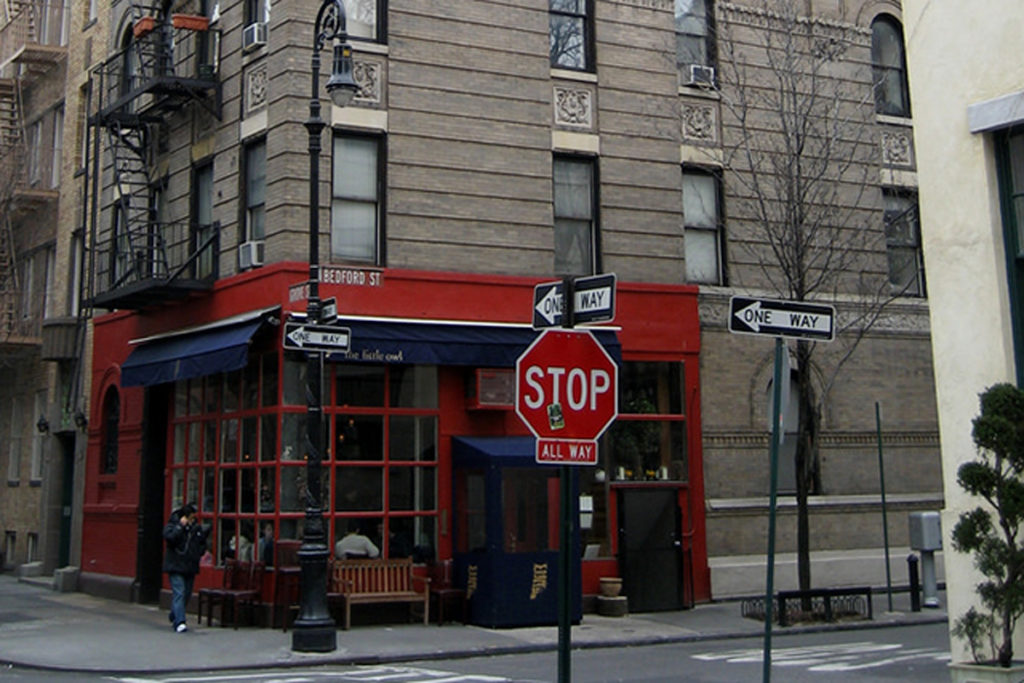 Locals know this New York City neighborhood as a bohemian refuge, blossoming with artistic inspiration and the home to New York University and the New School.

But Hollywood has been inspired by Greenwich Village forever.

Yet, even for those who have never set foot in our little corner of the world, it’s not uncommon for them to feel like they already know the place. Long ago, Hollywood was drawn to Greenwich Village and for decades, our neighborhood has been featured as a backdrop in many major motion pictures and award-winning television shows.

In what some critics consider to be his finest work, Alfred Hitchcock’s Rear Window (1954) tells the story of a photographer (James Stewart), who suffers a broken leg and is confined to heal in his Greenwich Village apartment.

While limited to his apartment, Stewart begins watching his neighbors through a window overlooking a courtyard. His curious ways get the best of him and he claims to know about the disappearance, or perhaps murder, of the neighbor’s wife.

Stewart’s fictional address was 125 West 9th Street, a location chosen specifically to juxtapose the societal distance between himself and his glamorous, Park Avenue girlfriend, played by Grace Kelly. In reality, though, the set was based on a real courtyard located at 125 Christopher Street, a brief walk from our hotel.

An iconic television show that captured the hearts of the world in the 1990’s and early 2000’s, it was impossible not to fall in love with six roommates and their NYC antics.

From dating to career struggles, and learning how to navigate young adulthood in the city, Friends used Greenwich Village as a backdrop for their lives for ten seasons. Although much of the filming took place in front of a live audience in Los Angeles, exterior shots of the Friends apartment show a Greenwich Village building at 90 Bedford Street, on the corner of Grove Street.

Unsurprisingly, this building has become a tourist attraction of its own. While it’s an operating apartment building and access inside is limited, fans are often seen taking photos with the building’s exterior. The building is a short walk from our hotel, and a fun spot to hit on a stroll through the Village.

A 2009 action movie starring Will Smith as Lt. Colonel Robert Neville, the majority of the movie uses New York City as a backdrop.

The plot involves a genetically re-engineered measles virus that is originally created to cure cancer but becomes a lethal strain, either killing those who come in contact or mutating the host’s body into a predatory mutant. Having survived the outbreak and essentially living an isolated existence in a deserted form of New York City, Neville seeks to find a cure to the virus and find other human survivors.

There are several shots of this area throughout the film, as Neville would embark on his daily quest to find life. The Washington Square Arch is a two-minute walk from our hotel, and from there you can look across and see Neville’s townhome.

Here are a few more Hollywood and TV productions that were filmed in Greenwich Village you may have seen:

Our hotel is a star too!

We’re all movie fans here at the Washington Square Hotel, so we were thrilled when an independent film, Democracy in America, was shot in our Art Deco lounge and around the building!

The entrance was featured in an episode of Glenn Close’s former television show, Damages, while the exterior of the restaurant made a cameo in the Chris Rock movie Top Five.

Ryan Lonergan wrote and will direct this comedic allegory about the preservation of a long-term relationship. The film will be a road movie with three characters traveling across country from New York to L.A.

It sounds great and we can’t wait to see it. A hearty welcome to Ryan and the rest of the cast and crew!

It’s not a surprise that Hollywood producers are drawn to the relaxed, bohemian vibe of Greenwich Village.

Celebrities themselves find the Village charming and appealing to live a lifestyle that feels relaxing and low-key compared to their high-profile jobs.

Interested in learning more about how to spot local celebrities?

Download our Paparazzi Guide to Greenwich Village to learn how respectfully act when encountering a celebrity, names of locals, and places you’re likely to come across a star, which can happen often.. 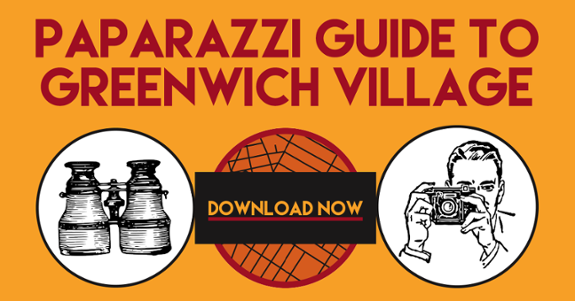